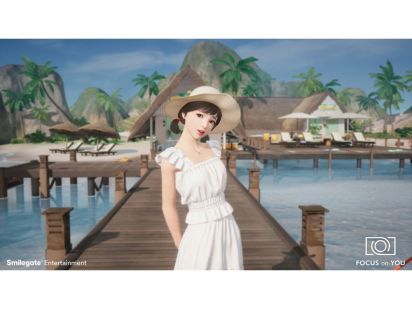 KOEI sent us word that Fatal Inertia EX has reached gold status and will be available on June 19, 2008 exclusively on PLAYSTATION Network, and only for PLAYSTATION 3. A free demo which includes an online multiplayer mode will also be available on the same day.

Set in the middle of the 22nd century, Fatal Inertia EX is an evolutionary sporting event that draws from the combined disciplines of rally racing, demolition derby, and tactical air warfare. In this brave new world of combat racing, players pilot their gravity-defying machines through the untamed wilderness, while unconventional weapons move and react to realistic principles of physics and magnetism rather than follow pre-scripted motions. Fatal Inertia EX features a never-before-seen environment exclusive to the PLAYSTATION 3 system. Situated amidst scorching desert dunes, the Fatal Inertia Proving Grounds is a mecca for aspiring flight jocks driven to prepare themselves for the mental and physical punishment of low-altitude combat maneuvering. Along with offering a restructured training curriculum, the Proving Grounds are also home to the game’s eight new tracks.